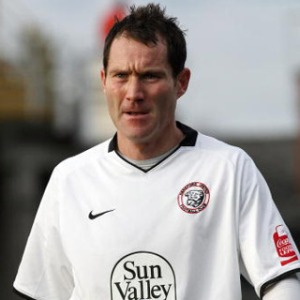 The Cobblers have completed their first signing of the summer by bringing in experienced Hereford front man Steve Guinan on a free trasnfer. Guinan, who netted fifteen times last season despite his Bulls side being relegated along with the Cobblers, earned the Player of the Year award for his club.

The striker, 33, first settled at Hereford after various loan spells before moving on to Cheltenham Town where he scored seventeen goals before moving back to Hereford. He was United’s top scorer last season but has now passed a medical at Sixfields and will officially be a Cobblers player on July 1st.