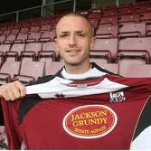 The Cobblers have brought midfielder Josh Walker back to the club on a loan deal until the end of the season from his new club Watford. Walker was with us last season for a very brief spell but injury put an end to his initial spell here. The 21-year-old had worked with Malcolm Crosby at his club back then, Middlesbrough, but joined League Two rivals Rotherham towards the back end of last season and helped them to the playoffs with three goals in fifteen games.

Walker joined Watford on a free transfer in the summer but has seen his appearances limited to substitute roles and was loaned out to Stevenage a few months back, playing against the Cobblers in our 1-0 win at Broadhall Way.

But he’s now a Cobbler once again and we’ll hope to see more of him this time around, starting with Tuesday night’s game with Crewe at Sixfields.