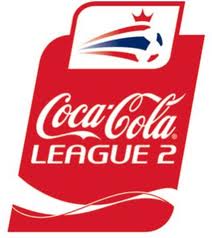 With the Cobblers not playing tonight there’s a chance for a midweek breather for the first time in w while but plenty of games still to catch up on as the final furlong of the season kicks in.

Burton play another game in hand and can close the gap on the Cobblers to just a point should they win at Accrington. Macclesfield will be looking to keep up their good form after winning at Sixfields when they host Lincoln at Moss Rose. The fear now is that a Macc win would open a three point gap between ourselves and the rest of the pack that are slowly moving away from trouble.

At the top, Bury use up one of their games in hand that they must win if they have any hopes at all of catching leaders Chesterfield. The Shakers are at home to Torquay this evening, who made their playoff intentions very clear indeed at the weekend by hammering Shrewsbury 5-0 at Plainmoor.

Meanwhile, Southend, still knocking on the door of a late playoff challenge despite defeat to old boss Steve Tilson and his Lincoln side at the weekend, go to Crewe. The Alex saw off league leaders Chesterfield at Gresty Road on Saturday and moved back into the top ten.

Oxford have played away in five of their last six games, including a goalless draw at tonight’s opponents Stevenage, so will be hoping to make the most of home comforts once again. Borough’s inconsistency has been highlighted in the last two games as they lost at home to Hereford but then went to Wycombe and won by the same 1-0 score line.

So plenty of top action tonight with teams scrambling for points to either close gaps or breathe a little easier as the season veers towards its conclusion.