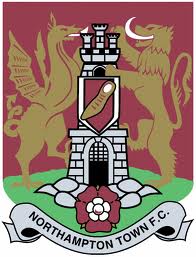 It’s the start of the planning for next season this week as the most anticipated day of the summer is just around the corner. On Friday, the Cobblers will find out the route of the season as the Football League fixtures are announced. With old friends Bristol Rovers, Swindon and Plymouth coming down and the welcome addition of AFC Wimbledon coming the other way it’s set to be another exciting season in League Two and from Friday morning we can all start planning for the 2011/12 campaign.

Before that, on Thursday morning, we will find out who our opponents will be for the first round of the Carling Cup. After an astonishing campaign in the competition last season it’s hard to see us doing as well this time but you never know and our first hurdle will be announced just twenty four hours before the fixture list.

With more transfer rumours and happenings added to that it promises to be a terrific week so stay tuned!