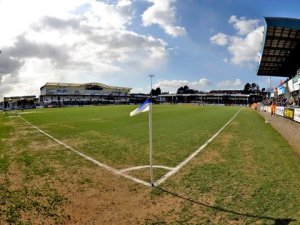 Gary Johnson was once a hero of Bristol, a man that took one of their major football teams to the brink of the Premier League and came so close to achieving promotion to join the elite. Unfortunately for tonight’s hosts it was the ‘other’ Bristol side that we speak of and the former City man should get a lively reaction this evening when he takes his new troops back to the city that helped him become one of the most sought after bosses during the second half of last season.

Added to the mix, and on the other side of the equation,  is Scott McGleish – the man who helped the Cobblers to promotion in 2006 and scored the winning goal against Chester City in that year to seal that automatic spot with a game to spare. Fond memories will come flooding back to McGleish who has had an excellent start at his new home, scoring one and making one on the opening day of the season in Rovers’ 3-2 win at AFC Wimbledon.

The amount of new, talented faces coming through the door this summer has made Rovers one of the pre-season favourites for promotion so it’ll be a massive test of our credentials as two of the South West’s best known managers of recent times go head to head.

Rovers kick started their season with a dramatic 3-2 win at AFC Wimbledon with Adam Virgo’s spot kick late in the day earning them a winning start back in League Two following relegation last season. A week off due to the postponement of their Carling Cup game against Watford couldn’t help them in the game against Torquay at the weekend though as Paul Buckle fell to his former club in a 2-1 home reverse.

The Cobblers have started much better than in recent seasons and are unbeaten in the three league and cup games so far, picking up a backs to the walls 1-0 win at Aldershot on Saturday with Ashley Westwood heading in the decisive goal in the opening minute of the game.

Bristol Rovers’ only major concern sees Ollie Clarke out with a cruciate ligament injury picked up on the first day of pre-season training this summer. The Gas have made a whole host of summer signings and Scott McGleish will be looking to put one over on us of course whilst the likes of Adam Virgo and Scott Bevan have come in to protect the other end of the pitch.

Bayo Akinfenwa could return to the Cobblers squad this evening but Gary Johnson will wait on the news from the scan of his knee injury before making a decision on whether or not the striker plays. John Johnson is fit again but Ashley Westwood and Byron Webster’s form in the last week could force Johnson into a tough decision in terms of the defence. 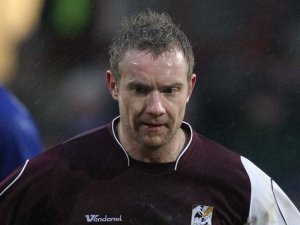 A Good Friday meeting between the clubs is settled by Jo Kuffour’s goal with twenty minutes to play in the season that would eventually see the Cobblers relegated from League One.

Tame stalemate just after Christmas in 2008, part of a sequence that saw the Cobblers win just once in eight games at the end of the calendar year.

Sean Rigg puts the hosts in front on the stroke of half-time but ten minutes after the break Danish striker Poul Hubertz equalised. An unlikely tilt at the playoffs would follow for Town but in the end we had to settle for a respectable ninth place in League One under Stuart Gray.

The Cobblers had lost by a single goals against Southend just a couple of days before this one and it was another narrow defeat at Sixfields against the Gas with Rickie Lambert powering in the winner with twenty minutes to go.

One of the more memorable encounters of recent years was this trouncing of Rovers in 2005 during the promotion season. Andy Kirk scores a brace to have us two up by half-time before Martin Smith and Pedj Bojic round it off in a comfortable victory.

Just a few weeks before the above match, there was no signs of any such action as the two sides cancel each other out at the Memorial.

The Man In The Middle

Lee Collins has made the step up from Assistant refereeing roles over the past couple of seasons and this is his first season as a professional referee.

Rovers are a little wounded after the Torquay home defeat at the weekend and will be desperate to not make it two out of two at the Memorial Stadium. On that basis I can see no more than a point for the Cobblers but that would be sufficient enough following the four points earned already. There should be some goals in it so I’ll go with 2-2.