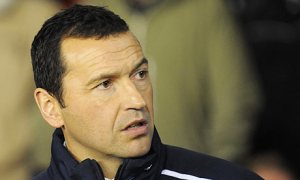 Colin Calderwood looks to be out of the running for a return to Sixfields after accepting the assistant manager’s position at Birmingham City. The man who led us to promotion in 2006 was the assistant to now Brum boss Chris Hughton at Newcastle and helped the Magpies to promotion from the Championship so it was always a strong rumour that he would team up with him again after his sacking by Hibs last month.

So as Tim Flowers takes temporary charge following David Lee’s departure on Tuesday we can finally rule out Calderwood from the running. Nicky Forster and Marcus Law are the names being banded about at the top of the betting at the moment but you can’t ever truly trust the odds on a fairly small market in national terms. Rumours continue to fly around with sightings of potential bosses at games involving the Cobblers and even future opponents but it sounds like David Cardoza is willing to wait to get the right man.

It’s also sounding more of a possibility that there will be an older head assisting an up and coming manager such as the move that brought Calderwood to town along side John Deehan in 2003 with Cardoza facing a massive decision in the coming week.