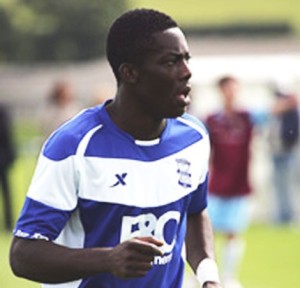 The turn of the year saw a clean slate for the Cobblers as we looked to recover from a dreadful first half of the season. Aidy Boothroyd had come in and, although he suffered three defeats in a row to end 2011, there seemed a sense that we could actually compete in games now and that was a good start!

The Cobblers were rock bottom of the table on January 1st with just seventeen points and were up against it for the first two games of the calendar year with two tricky away games. But those two games would provide a glimmer of hope for the future we picked up four very good points.

The first of those came at Shrewsbury Town’s Greenhous Meadow as new loan signings Blair Adams, Akwasi Asante and Ben Harding all came in to the starting line-up. Adams and Harding would eventually play major roles in the season and stay on right up until the final knockings of the campaign, Harding signing a permanent deal before that. Having suffered an embarrassing 7-2 defeat at home to the Shrews back in November it was a sign of how far we had come when we came away with a 1-1 draw. Saido Berahino continued his impressive few months in a Cobblers shirt by opening the scoring with Matt Richards equalising ten minutes later.

That gave confidence a massive boost ahead of the trip to Morecambe a few days later and Town finally picked up a first win under Boothroyd. A Michael Jacobs corner was headed in by John Johnson in the first half and then Akwasi Asante scored his first Cobblers goal since joining on loan by cutting in and rifling in a low shot for 2-0. Having thrown away a fair few leads in previous weeks there were still no guarantees and things got shaky when Kevin Ellison made it 2-1 with ten minutes to go. But a strong resistance saw us come away with a big three points.

That was unfortunately to be the final win of the month though and by the time January ended we were back at the foot of the league. 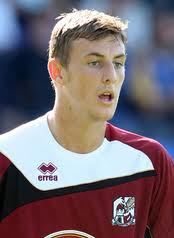 A 5-2 home defeat to Southend United brought us right back down to earth and it was yet again a case of the Cobblers being in front only to lose out in the end. Johnson struck again to open the scoring with David Martin equalising close to half-time. Saido Berhino put Town back in front, though, before the whistle and things were looking good again. But the Shrimpers stormed back in the second half and scored four times in the last twenty five minutes to seal a thumping victory. Liam Dickinson ran the show and after scoring from the spot, went on to complete a brace either side of a Bilel Mohsni double in a bad day in the Sixfields office.

A home game with Barnet was a good chance to get back on track and after Bayo Akinfenwa’s early goal the Cobblers were seemingly on the way. Once again, though, we would be pegged back and goals from Mark Byrne and Rickie Holmes turned the tables and the men from Underhill got us again!

The month was rounded off with a trip to Torquay with the Gulls flying high in League Two’s promotion race. The Cobblers, featuring new signing Luke Guttridge, held off until fifteen minutes to play when Mark Ellis headed in a straight forward corner for a single goal victory.

The defeat left us rock bottom and three points from safety as January turned into February and safety still a long, long way off. There needed to be a big change and thankfully there was some seeds of recover starting to kick in by the time the next month had finished!

Highlight of the month: The first win under Aidy Boothroyd as the Cobblers hold on for victory at Morecambe.

Lowlight of the month: The 5-2 hammering at home to Southend brought us right back down to earth.

Player of the month: Ben Harding sured up the midfield on signing on loan and would continue to flourish for the remainder of the season.