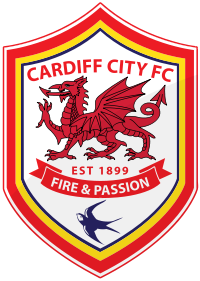 Capital One Cup First Round

It’s a strange old start to the 2012/12 season as, rather than kick off with a league fixture, the Cobblers start with a League Cup tie at home to last season’s beaten finalists Cardiff City at Sixfields on Tuesday night.

So close to glory…

City took Liverpool all the way in last season’s final, only losing out on penalties at Wembley having fought past Oxford, Huddersfield, Leicester, Burnley, Blackburn and Crystal Palace to get there. Five out of the seven ties they faced went at least to extra time but they were just edged out by the club who gave us everlasting memories in this competition almost two years ago. The First Round tie at Oxford saw them come through with a young side, so whatever side they put out tonight is likely to be hungry for a repeat performance.

They also suffered defeat in the Championship playoffs for the third season in a row and will go into this season as one of the favourites for promotion once again.

The summer has seen major changes off the pitch with the club’s Malaysian owners going through with a change of their kit colour from blue to red in an attempt to expand the club’s appeal in the international markets. There are also plans in place to expand the stadium and invest heavily in their training facilities as part of the new moves as a new era looks set to burst into life despite some opposition to the changes in the kit colour.

It won’t have escaped most people’s attention that recent ‘Team GB’ skipper and passionate Welshman Craig Bellamy has re-joined City with a free transfer from Liverpool finalised last week as Bellamy joined on a two year deal. It’s unlikely that the forward will be available for the Sixfields clash after a call up for the Wales squad and their friendly with Bosnia-Hercegovina on Wednesday night but he’s likely to spearhead a promotion push in the season ahead.

The final warm up game for City saw them hammer Newcastle United 4-1 at the Cardiff City Stadium as they completed their season friendlies with a bang so they’re in good shape going into the cup tie at Sixfields.

New Cobblers loan keeper Lee Nicholls has been denied a chance to play in the match after parent club Wigan Athletic refused permission for him to take part. That leaves Aidy Boothroyd with a decision to make as to whether to throw young stopper Dean Snedker into the starting line-up or go with short term cover between the posts. There should be a host of new faces lining up for Town with David Artell, Joe Widdowson, Chris Hackett, Ishmel Demontagnac, Henoc Mukendi, Clive Platt and Alex Nicholls all pushing for official debuts.

Cardiff are without a full first team thanks to a host of international friendlies taking place this week with Craig Bellamy, Rob Earnshaw and Darcy Blake all set to play for Wales. Also away are Don Cowie and goalkeeper David Marshall (Scotland), Filip Kiss (Slovakia), Etien Velikonja (Slovenia) and Aron Gunnarsson (Iceland). They will also be without the injured pair of Rudy Gestede (knee) and Kadeem Harris (leg). City should, though, hand full debuts to new summer signings Jordan Mutch and Heidar Helguson. 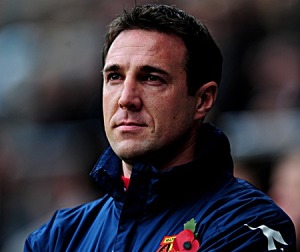 Cardiff manager Malky MacKay was given his first break as a coach under the stewardship of Cobblers boss Aidy Boothroyd at Watford.

The last time the clubs met was in League One back in 2003 with Rob Earnshaw scoring the only goal of the game in his first spell with the club. City would go on to win the League One playoffs that season with the Cobblers suffering relegation back to the basement division. 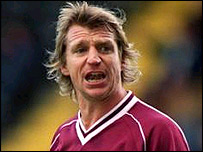 Marco Gabbiadini’s wonder goal will live long in the memory of Cobblers fans after he fired Town in front at Ninian Park with a 35 yard belter. Cardiff captain Graham Kavanagh headed Cardiff level a few minutes later but Gabbiadini got the winner on the stroke of half-time with a toe poked effort.

Leyton Maxwell put Cardiff in front at Sixfields before Marco Gabbiadini equalised three minutes later. Andy Campbell capped a frantic few minutes by scoring what turned out to be the winner two minutes on and City held on for a big win.

A straight forward victory for Cardiff at Ninian Park as Graham Kavanagh scored in the first half before Paul Brayson netted with a spot kick with eighteen minutes to go.

The Cobblers got the better of the Bluebirds in a well contested trophy match with Sean Parrish getting the only goal of the game with twenty minutes to go.

A memorable night at Sixfields with the Cobblers building on a First Leg win at Ninian Park to seal a date at Wembley with Swansea City. Ian Sampson got the ball rolling before Jason Fowler put City right back in it. A tense period followed but Ray Warburton raised the roof with a second for Town on the night to make it 3-1 on aggregate mid-way through the second half and John Gayle made it certain ten minutes later. The Bluebirds got a late consolation through Simon Haworth but it was too late and the Cobblers were at Wembley, going on to beat Swansea and earn promotion.

The Man in the Middle…

Taking charge of the first Cobblers game of the season is David Phillips who started last season by refereeing a League Cup game (Southampton’s 4-1 win over Torquay) and who was in the middle for the Cobblers’ 0-0 home draw with Plymouth Argyle in March.

It’s unlikely that the Cobblers will be coming up against the absolute first choice Cardiff eleven but after last season’s exploits in this competition whoever is wearing the City shirt will want to have another shot and won’t hold anything back. Home advantage gives us an outside chance of progression and I’m going for the upset to kick off the 2012/13 season…1-0.