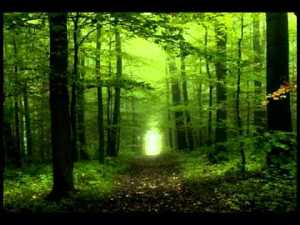 Looking for the light at the end of the path as autumn sets in!

Once again as the nights fall in, the leaves come down and the cold snap hits the Cobblers form has suddenly dipped and the mood around Sixfields has become as dark as the skies that hover around Upton Way. After an uplifting victory over Exeter City, two defeats in a row have dashed the hopes of sticking around in the playoff hunt through the autumn months.

It’s too soon to go into full panic mode, of course, but it’s extremely worrying that the recent injury crisis has uncovered some harsh realities about our smaller squad. I wasn’t at Barnet or at Sixfields last night but by all accounts last Friday was appalling after Chris Hackett was taken off injured to be replaced by rookie (striker) Lewis Wilson and things just collapsed from there. Edgar Davids’ inclusion was greatly hyped but by the end of the night he wasn’t really a massive factor.

Last night I was under a blanket at home recovering from flu and hoped for some sort of pick me up from my team. What I got was, in fact, more reasons to feel glum as Bradford took all the points with one swift goal enough. Nahki Wells did the business again with that strike, following his hat-trick last season at Sixfields, and was a menace throughout. The fact that we face Bradford once again in ten days’ time won’t fill any of the Cobblers faithful with any hope at all of progressing through that FA Cup First Round encounter.

Also worrying is that second placed Port Vale come to town on Saturday. Vale picked up a useful point at Burton last night and should bring a healthy following down to a Sixfields Stadium that’s likely to be as quiet as ever following some poor shows in the last week. The glimmer of hope that provides, though, is that sometimes a larger away following sparks Cobblers fans into life. I’m clinging on to that hope alone for Saturday.

We at least welcomed back a recognised right back in Danny East last night with John Johnson not far behind in his own recovery but it’s the midfield that seems to be providing the wrong talking points with plenty of irritation from home fans last night about the middle of the park not seeing any sort of action or control.

Ben Harding’s absence again seems to be a massive part of what’s going wrong. Harding seems to get noticed a lot more when he’s not on the pitch than when he is and it’s perhaps no coincidence that towards the end of last season and through the latest period of uncertainty he has been injured. Replacements like Kemar Roofe and Emyr Huws have come in and shown flashes but the continuity and stability of a constant player in a position can’t be underestimated. The sooner we’re back to being able to name our first eleven before games without really having to think about it the better.

For now we must ride this downward tide and stick with the team that is out on the pitch. We are still in limbo in terms of league position, five points from the bottom two but also just five points from the top seven, and two wins in a row – something that we haven’t achieved in the league all season – would change the complexion of things immediately.