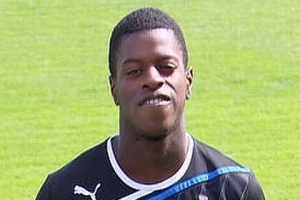 It’s a strange old time is this pre-season lark…games against teams you’ve barely heard of can bring about either over excitement or complete and utter over the top dejection depending on the result of matches that really don’t matter score wise.

Yet every season we get ourselves into a right old tizzy whatever the results of these games that are all about getting shape, formation and fitness right for the big kick off in August. Saturday afternoon saw the Cobblers beat Sileby Rangers 5-1 and already I had done a little cheer in my head despite knowing that it may as well have been a training pitch warm up that no-one saw such was the non-importance of any result.

Still, there was a good chance for around 600 onlookers to get a glimpse of some confirmed new boys and some that were looking to impress and that’s one thing that will provide interest in these blazing hot summer days and evenings as we ‘count the sleeps’ until August 3rd. JJ Hooper, a trialist formerly with Newcastle United, netted a hat-trick and did his chances of a full time contract no harm at all. Other new faces to get a trial run were ex Birmingham defender Darren Purse, Mickael Antoine-Curier, Lateef Elford-Alliyu (another trialist to score) and Gary Deegan.

Ian Morris, making his first official appearance in a Cobblers shirt, scored the fifth for Town late on and after the match Aidy Boothroyd said that four of the five trialists, Antoine-Curier the odd one out, will be sticking around for a little bit longer.

And so it begins…the final stretch before the season officially kicks off with less than three weeks now to go before the league opener at York City. That’s where it gets serious…but we would be forgiven for those little cheers in our heads should Tuesday night’s trip to Cogenhoe produce another positive result…