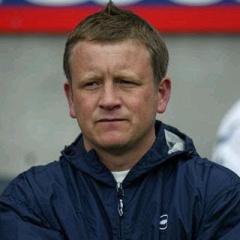 Ok, Ok…so I’ve gone all Buzzfeed on you today (other list based websites are available) but with the appointment of Chris Wilder this week I thought I would try to get my head around the challenge he faces in the short term at his new club. Some of the points are very obvious and have been since last May’s playoff final defeat but it makes it pretty clear how many things need to change – and fast.

We’re currently up to the limit of five loan signings at any one time with James Hurst, Sean McGinty, Matty Blair, Antonio German and Hallam Hope all in the squad until different points in February. That’s a lot of players that probably don’t worry too much about the long term future of our football club, which is currently hanging by a thread. While it’s going to be extremely difficult to persuade someone to sign for the bottom club in the Football League, there should be more assurances for anyone coming in now that a permanent management team is in place.

At the very, very least we have to have loans that last until the end of the season and not just a month. I can see why we have so many on these deals at the moment – Andy King could do nothing else in his position to be fair to him – but it needs to stop here and anyone coming in surely must be on longer term contracts. Get them worrying about our future as much as we all do, teach them the history of the club and drill into them that survival can be achieved.

Let’s face it, we’re not going to be able to dismantle the squad and start again if we’re to stay up and a certain element of good fortune is going to be needed if we’re going to finish anywhere from 22nd place and above. This isn’t going to be an overnight success and there has to be something of the Pat Gavin variety along the road to survival.

Another thing that isn’t in Wilder’s hands is the fitness of Kelvin Langmead. An absolute rock in the run to Wembley last season after an extraordinary personal renaissance, Langmead has been sorely missed having been rushed back from his initial injury blow. He hasn’t played at all this time out and as the length of time he’s been out for went on and on so did our fall from grace and to the foot of the table. If we’re to clamber out of this mess then we need Langmead back as soon as possible.

To tie in with the fact that we’ve employed two short term strikers it’s also pretty obvious that we need someone in to knock in the goals that will spearhead a launch out of trouble. Bayo Akinfenwa has not been replaced in any way and Wilder will surely be flicking through his phone book trying to find someone that is a) twiddling his thumbs somewhere else, and b) experienced in putting that round thing in between those two posts.

The award for most untimely loan move back to their parent club has a clear winner this season and it goes to Ricky Ravenhill. His arrival came close to saving Aidy Boothroyd’s skin and the Bradford man – a tough nut and midfield enforcer – was something that was so badly absent from the middle of the park up until that point.  Someone similar, who is a calming influence in the absolute madness that will be the relegation dog fight of 2014, is vital.

It should go without saying but Wilder and assistant Alan Knill need all the support that we can muster in the coming weeks and months. We can be a tough lot to please, us Cobblers fans.  Both men will know what to expect and we simply have to get right behind them – it’s not going to be an easy road and there will be times when it looks like there’s no way back but these are the people trusted with our league survival and there’s no room for apathy or negativity once that whistle blows on match day.

So basically we need a new spine of the first team, some goals going in off backsides, players who will commit to joining the bottom club of the Football League and a change in hearts of supporters. Good luck Chris!