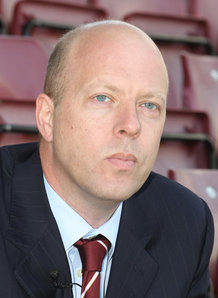 We interrupt this pre-season for a blockbuster piece of news.

You’ll all know by now about the biggest summer bulletin in years that David Cardoza has begun the process of selling his controlling share of Northampton Town Football Club. What’s been agreed is a ‘Heads of Terms Agreement’ which admittedly I needed my friend Google for:

“Heads of terms are a set of agreed principles which precede the signing of a negotiated contract, and which the parties intend to be reflected in the written contract. They set out the basis of the deal in broad terms.”

So basically it’s a deal in principle and no i’s have been started to be dotted or t’s crossed as yet. But it’s still an announcement that’s knocked us all a bit for six and I don’t know what to think of it without seeing a statement of intent or interview with the potential new owners. We know nothing of who the Indian Consortium comprises of or where their interest in our club comes from. What’s key for me is that ANYONE taking overall control needs to understand who we are, where we’ve come from and will need to reassure us that the history that we’re built on will form the foundations of the new era.

It’s a strange position changing complete ownership of a club, especially when we’re in pretty solid condition in comparison to when the Cardoza’s initially took over. Back then we were praying for simply anyone at all to take us on and move us forward but this time (and this is testament to some of the work done by Mr Chairman) it’s more of a nervous changing of the guard from comfortable groundings to the complete unknown.

If this was a new manager coming in, I’d be asking potential candidates what they know about the football club – who dived into the snow in a dramatic celebration in front of the North Stand? Who are ‘Razor’ ‘Sammo’ and ‘Big John’? What on earth WAS Ian Clarkson doing that far forward to score against Bristol Rovers? OK, maybe Mr Clarkson is the only one who really knows that last one but you get my gist. We can’t ask incoming owners the same questions but that’s the type of things I’d want to know before signing over everything I’ve worked on for twelve years.

It’s all about the identity of the club and that’s what I worry most about in this situation. We’ve seen plenty of clubs struggle after initial periods of joy from a takeover under owners who just don’t seem to have a clue about the rich history of the ‘business’ they’re taking over. I can honestly say that I don’t care a jot about the size of any potential new owner’s bank balance – but if they can reel off the 1997 Wembley team at a second’s notice… that’s when we can start talking!

What cannot be allowed to happen is for Northampton Town Football Club to become another club who sell out to a group who just want to build a business for personal gain and not something that serves its community, keeps a powerful connection between players, staff and fans and is transparent in its intentions.

Time will tell and the next few weeks will be huge to the future of the football club once we’ve discovered more.

What also should be acknowledged is Cardoza’s work and investment over the last twelve years. We were almost at death’s door as I remember it twelve years ago and while there’s been a few slip ups, the majority of the time we’ve been a well-run club at this level. Managerial appointments have all looked very good on paper and it would have been very difficult to find better options around than Gary Johnson and Aidy Boothroyd at the times of appointment. Though it took time, the stadium is slowly getting there and, in sometimes difficult positions, he’s come out and given as much information as possible barring some bits and pieces in the last few months.

There will undoubtedly be some who disagree, some who worry, some who welcome the news with open arms. But what we’re all united in is a love for the Cobblers. A love that for some stretches back 60, 70, 80+ years and for others is in its youthful development. It’s a love that simply has to be matched, in some parts at least, by anyone coming in to take over at the helm.

2 thoughts on “Changing of the guard…”