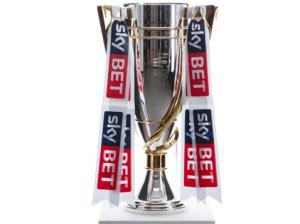 The title is won and Northampton Town are CHAMPIONS of League Two. Many of us never thought they would live to tell a tale of a championship winning Cobblers side but after a goalless draw at Exeter City we’ve done it and can spend a summer in the sun as a returning force to League One. Although the four draws in a row that sealed promotion and top spot weren’t a showcase of our collective powers, it really doesn’t matter with the joy that followed the final whistles at Sixfields last week and at St. James’ Park on Saturday overflowing across Town fans across the country.

Last night, the Cobblers did get back to winning ways and saw off Crawley Town in a homecoming fit for champions. Again it wasn’t a score line that blows anyone away but it was important to get back to winning ways and to keep this extraordinary unbeaten run going. The proud nature of Chris Wilder and this phenomenal group of players should mean that there’s still plenty to write home about in the final three games of the season. So here’s just a few things to keep us interested as those below us battle to join us in League One…

Last night’s victory over Crawley keeps alive the one final dream of this season – for the Cobblers to reach the magical 100 point mark. With nine points to play for, it’s tantalisingly poised with Town eight points away from reaching that particular target. Yeovil Town, Luton Town and Portsmouth stand in our way – Yeovil is certainly winnable with their safety now secure, Luton will bring with them a crowd baying for our blood that should lift the atmosphere on the day when we’ll lift the trophy whilst Portsmouth away on the final day will guarantee a party on the south coast. Pompey may still need points to secure a playoff place on that day as well so if we go into it with 98 points on the board it makes for a fascinating afternoon. First, though, to get there!

The battle for 2nd and 3rd

Just two points separate second and fifth in League Two with Accrington, Oxford, Plymouth and Bristol Rovers battling it out for the final two automatic promotion places. What a great position we’re in to be able to watch that fight unfold in the next couple of weeks and it’s a position we’ve truly earned. The fact that none of the four play each other in the final three games means it’s a case of who holds their nerve best in their own games and it’s becoming a titanic battle to avoid dropping into the end of season lottery. Speaking of which…

One of the biggest reliefs about sealing promotion is that we’re not going to be involved in the playoffs. With two of the aforementioned sides guaranteed to be in that mix likely along with Portsmouth and a resurgent Wimbledon (who both still have a game in hand) it’s looking like one of the strongest line ups for League Two playoffs in years. Exciting games ahead!

We saw glimpses last night of fringe players coming back in to attempt to persuade Chris Wilder that they have the nouse to stay in his plans for League One. The likes of Josh Lelan may be given a big chance to impress before the summer and maybe we’ll even see some younger talent pop up in the last three games.

The crowning of champions

Finally, the Luton game gives Cobblers fans the chance to herald their heroes at Sixfields one last time before the summer and we should be ready for a send-off like no other. It’s looking like we’ll lift the League Two trophy on that day and images from the end of that game will go into the annuls of history alongside the Wembley Heroes.

So there are just a few things to keep us interest in this remarkable season. It’s a chance to properly enjoy our football and enjoy our wonderful club before the summer.