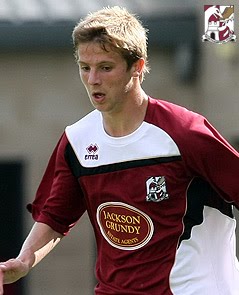 The instant development of Michael Jacobs is the shining light of the season so far but the Cobblers will have to keep the youngster in check as the campaign fully kicks in. Sammo has been quick to dampen the excitement over Jacobs’ form and admitted that he will sometimes be inconsistent, perhaps as Saturday’s game with Accrington showed.

Jacobs shone at Torquay, was the star of the first half against Brighton and average on Saturday so we must keep very calm about his talents if we are to get the best out of him. The news that scouts are already gathering won’t help but as long as the lad can kick on off the pitch and grow more on it then we could have a very secret weapon this season!